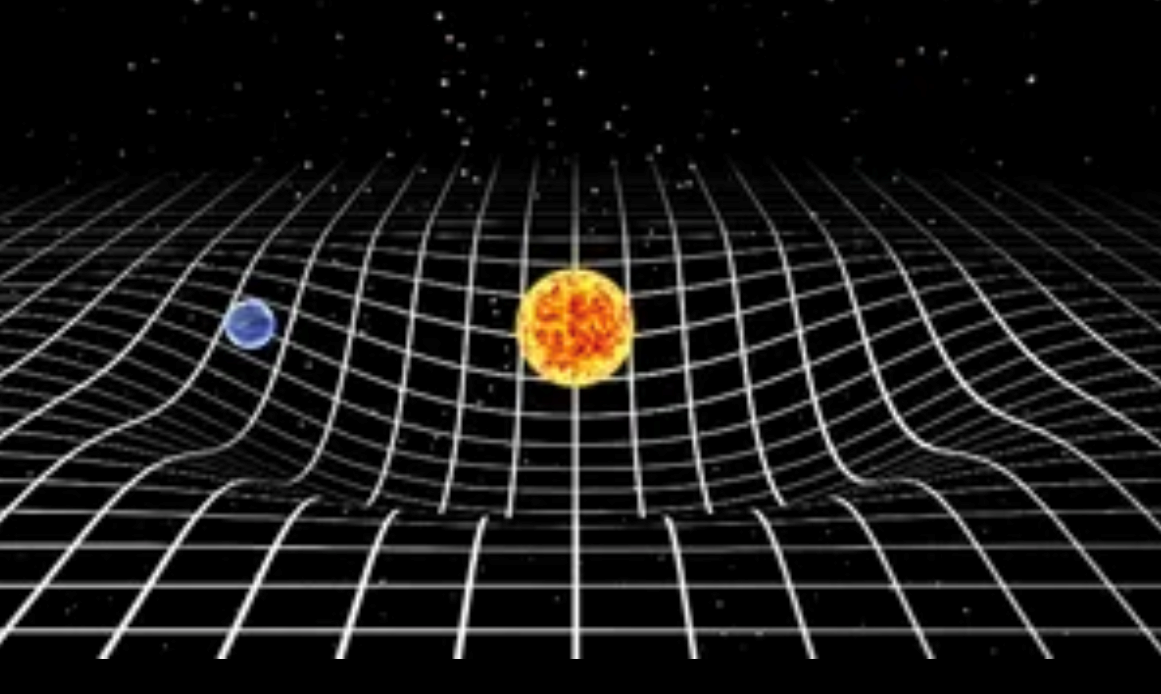 Have you ever listened to a Morning Dew and felt like you were about to explode?  Have you ever experienced a Stella Blue that was so soulful it made the earth spin slower?  Of course you have. Otherwise, you wouldn't be reading this article.  These phenomena are not magic, they are a result of physics.  Yes, the music of the Grateful Dead is governed by the laws of the universe; namely, Einstein's theories of general and special relativity.  Here, let's discuss how Morning Dew triggers the mass-equivalency equation and how Stella Blue triggers time dilation.

Einstein's mass-equivalency equation, e=mc2, calculates how much energy can be released by an amount of mass if there is a conversion event.  Energy, or "e" is equaled to the amount of mass "m" multiplied by the speed of light "c" squared.  The speed of light is about 300,000,000 meters per second.  This equation yields a big number.  The folks that made the atom bomb only needed 860 grams of mass (uranium) to convert into enough energy to annihilate an entire city.  It worked so well, they did it again.

Consider the Morning Dew from May 26, 1972 Strand Lyceum; yes, the one discussed by Dennis Leonard in the Long Strange Trip documentary.  It doesn't combust into oblivion; it converts to exhilaration by how soulful it is. That version sings like a lament telling the story of mankind's self-annihilation.  You know that the music reached a conversion point turning "m" into "e" because Dennis was an eyewitness and couldn't tell the story without shedding tears.  Click here to listen to the beginning of the mass conversion point at 9:34. The Morning Dew played on June 7, 1977 is different. It is not a lament, but rather a first hand account of nuclear destruction.  That version explodes with energy and converts music to exhilaration at 11:50. Click here to listen.  Now, Jerry wasn't always responsible for the conversion.  On March 24, 1986, Brent tore down the Spectrum with colossal swells from his Hammond.  Click here to listen. The magic, I mean physics, happens at 9:00 and listen to the crowd!

Einstein's theory of special relativity also taught us that objects in motion experience time slower than objects at rest.  This is because the space between us and time are the same thing (spacetime), and spacetime changes to ensure that light travels at the same speed to all observers regardless of their relative motion.  So, if you are driving a Lamborghini at 200 mph and turn your headlights on as you pass me on the side of the road just as I turn my flashlight on, our light beams will travel at the same speed even though your light beam is getting a 200 mph head start.  Since speed is just a factor of time and distance, Einstein reasoned that time slowed down for the person in motion. That is called time dilation.  How else could aliens get to earth from a system 500 thousand light years away?  They would have to travel as close to the speed of light as possible so time on the spaceship would stop ticking all together.  Otherwise, it would be a long 500 thousand year flight. (I guess they could warp spacetime, but that's cheating and a matter of quantum mechanics which we don't understand yet).

So, how is this relevant to the music?  For those of us who love the music, we are "on the bus." Therefore, figuratively speaking, we are in motion.  Let's analogize Stella Blue as light.  The song is therefore subject to the universal law that the speed of Stella Blue is the same to all observers. When those of us "on the bus" hear Stella Blue we hear that guitar string bend and it cuts through us, we hear the snare rim shots echo in the distance, we hear the tension created by a seventh chord inverted as only Mr. Weir could do, and we notice moments of silence that are deafening.  We close our eyes. We sway. We forget about life's stressors. We feel the music and can actually see it through the lights. As a result, in that room where that song is being played to us, the earth appears to stop spinning and time runs slower. When we look at our watch after the song ends, eleven minutes have passed.  Now, to someone who is not on the bus, the same song played at the same speed is nine minutes. That is time dilation; time slowed down for those of us on the bus and in motion.  Click here to listen to Stella Blue from the Grateful Dead movie October 20, 1974. No, actually watch it.  You can see people in the crowd experiencing time dilation and if you listen close you may experience it yourself.

In conclusion, I have a passing thought on Einstein's theory of general relativity. This is the concept that spacetime creates gravity when mass bends it.  For example, in the picture appended to this article we can see how the mass of the Sun bends spacetime so that the earth revolves nicely within the molded contour.  The sun does not suck the earth in like a magnet. Rather, the earth moves in the contour of spacetime toward the sun. Luckily for us, Jupiter bends spacetime in the opposite direction and holds us (and the asteroid belt thank goodness!) steady in place. This concept inspires another analogy; how this music connects with the listener.

Look at the image for this article and in your mind replace the Sun with the Grateful Dead on stage at your favorite show. Replace the earth with yourself in the crowd attending that show.  The band isn't sucking you into the stage. Rather the music keeps you ever present in the contours of the space between you and the band.  While the music is playing spacetime is warped and you remain in its contours. You experience time dilation and mass energy conversion.  If a band today can recreate that effect, then they deserve to be called a tribute band.

We recently played a Morning Dew at Root Down Brewing which I believe converted music to exhilaration; at least that's what I felt.  Click here to listen.  "m" begins to convert to "e" at 9:15.  A few months ago we played a Stella Blue at Country Creek Winery and I recall experiencing time dilation.  Click here to listen.  Time dilates at around 4:30.  As the story teller for this article, I am not telling you that these phenomena of physics happened for everyone present. These theories of physics are called theories of "relativity" because the effects are "relative" to the conditions of the observer.  If you were there, then you may have experienced them too.  If you weren't, take a listen and see if you agree.