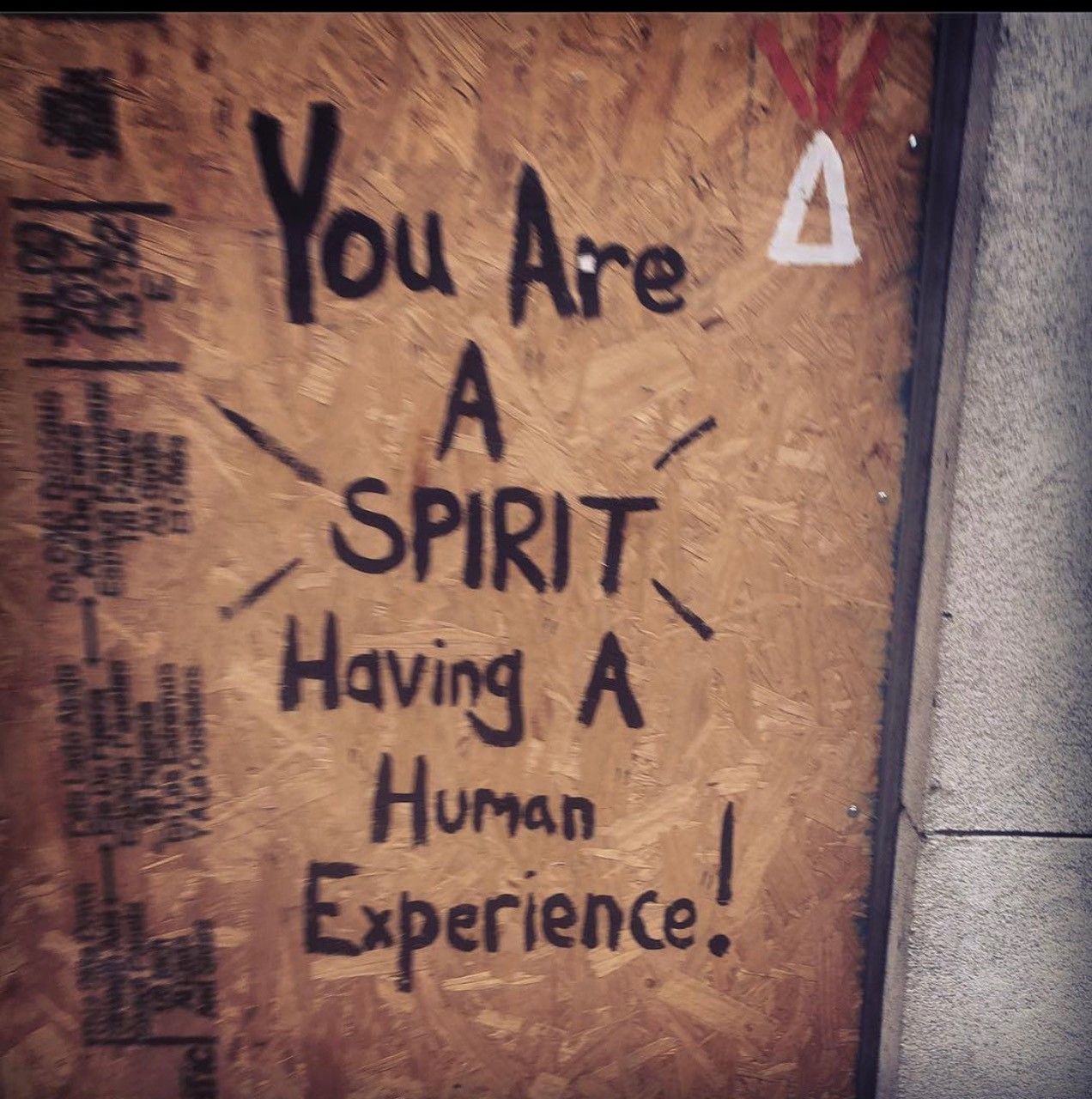 One of the great things about the Grateful Dead's lyrics is that they are so universal. The band wrote and sang songs about working in a mine, being on your deathbed, a song inspired by a Sherlock Holmes story (Hound of the Baskervilles), songs about weather and planting and growing, a song about getting beat up in an alley after chasing a loose chick, and countless songs whose meanings and subject matters are elusive; yet timeless. The list can go on and on, but consider the songs that come straight from religious text. This band was able to sing biblical songs without being seen as a praise and worship or gospel band; that's a pretty neat trick which hasn't been accomplished by many others.  Whether you believe in a particular religion, evolution, physics, or whether you believe that we are like, say ... bees, living each life cycle to preserve the next generation, you have to admit the Grateful Dead made religious songs cool.

Now, there are dozens of random biblical references sprinkled throughout the Garcia/Hunter and Weir/Barlow catalog.  For example, in Ramble on Rose, the song goes, "[j]ust like New York City, just like Jericho, pace the halls and climb the walls and get out when they blow."  This line, from the Book of Joshua says:

"See, I have delivered Jericho into your hands, along with its king and its fighting men. March around the city once with all the armed men.  Do this for six days. Have seven priests carry trumpets of rams horns in front of the ark. On the seventh day, march around the city seven times, with priests blowing the trumpets. When you hear them sound a long blast on the trumpets, have the whole army give a loud shout; then the wall of the city will collapse and the army will go up, everyone straight in."

And as the story goes; the walls fell.  Perhaps the reference to New York City is there because it too was once a walled city back in the 1600's when occupied by the Dutch (hence "Wall Street").  You can actually see wooden post marks in the cobblestones marking the site of the old wall, click here to see. But, the British didn't have to pace the walls and blow horns, they just walked right in and took control.

In this article though, the exercise is not to identify random references to religious texts in Grateful Dead songs. We'd be here all day.  Instead, let's go from Genesis to Revelations: Gomorrah, Samson and Delilah, and Who Was John.  Three songs wholly dedicated to a biblical story, and still Rock n' Roll.

Gomorrah tells the story of Lot and his wife and the fall of the cities of Sodom and Gomorrah.  It's a slow whimsical song whose tempo and flavor are a stark contrast to the fire and brimstone that rains down in the story.  Click here to listen.  The story is more intense; the Book of Genesis says:

With the coming of dawn, the angels urged Lot, saying "Hurry! Take your wife and your daughters who are here, or you will be swept away when the city is punished." When he hesitated, the angels grasped his hand and the hands of his wife and of his two daughters and led them safely out of the city, for the Lord was merciful to them. As soon as they had brought them out, one of them said, "Flee for your lives! Don't look back, and don't stop anywhere in the plain! Flee to the mountains or you will be swept away!" ... Then the Lord rained down burning sulfur on Sodom and Gomorrah. ... But Lot's wife looked back, and she became a pillar of salt.

Pretty crazy story right? The last line of the song Gomorrah is, "the wife of Lot was turned to salt, because she looked behind her, because she looked behind her." There is actually a place in Israel called Mount Sodom that has a large pillar of halite.  It's called "Lot's Wife."  Click here to see.  The story of Lot gets even crazier when Lot unknowingly has a threesome with his two daughters, but that is not memorialized in any song I know. We haven't played Gomorrah very often, perhaps twice.  But, one time is memorable because we played it inside of a grocery store.  Click here to listen to our Gomorrah from Whole Foods, Exton on January 25, 2018.

Samson and Delilah comes from the book of Judges. Now, judges weren't like the judges we know. They were just powerful people who ruled tribes in Israel back in the day, and Samson was a judge.  This song goes back to the Mississippi Delta and the birth of blues.  In the 1910's and 20's fingerpicking slide blues was considered "devil's music" unless you sang gospel.  Blind Willie Johnson is one of my favorite Delta Blues musicians. One of his songs, Dark was the Night Cold was the Ground, was actually laid down on the golden record sent on the Voyager space probe. Click here to listen. The idea was to send sounds of earth to any distant civilization or spaceship that may intercept the probe. He is considered a pretty important contributor to our cultural legacy.

Blind Willie Johnson's 1927 If I Had My Way, I'd Tear This Building Down is a must listen.  Click here.  There are some familiar lyrics:

Well, if I had my way
I had a, wicked mind
If I had a ah Lord, tear this building down.

Lastly, Revelations and a Garcia Band song: Who Was John. This song is very powerful and will give you the chills, click here to listen.  The Garcia Band played it in 1976 and it is a call and response with Jerry and Donna singing in harmony.  ZenDog played it on October 9, 2021 at Blueprint Brewing. Click here to listen.  It is one of my favorite songs to play.  I believe the Mitchell's Christian Singers recorded it in the 1930's. Their version is also pretty haunting with some great harmonies; especially the deep baritone. Click here to listen.   Who knows where they came up with the arrangement.  However, in the 1930's people's grandparents who had been freed slaves were still alive. Maybe the song was passed down?  Imagine that, a song sung by people in bondage in the 1800's  passed on to people in clubs in San Francisco in the 1970s, and then on to people outside at a brewpub in Pennsylvania in 2021!  John, as a revelator, was the subject of many blues songs.  And turning back to Blind Willie Johnson, I believe he recorded the first John the Revelator song in 1927.  Click here to listen.

Now, whether its a song about working in a mine in Cumberland, MD, a song about being on your death bed and people visiting you, a song about getting beat up in the alley, or one of the hundreds of other stories the Grateful Dead sang about, I think we can agree that the commonality is that there is an element of the human experience in the lyrics.  The religious songs are no different, they are a part of the book of the human experience.  That is how the Grateful Dead got away with singing from the Bible without being seen as a gospel band or a praise and worship band. They sang these songs as a means of expressing the story of the human experience rather than imposing a belief system. The ever-wise Cee Lo Green said (yes he's pretty smart), "Nobody is exempt from the human experience."  Such a great quote!  It makes so much sense and I think it explains how such a niche subject, religion, could be accepted as it has in the context of Grateful Dead music.  The band's cultural literacy is just unmatched.

I took the photograph of the graffiti in the image appended to this article about five years ago.  I think its a pretty profound statement by an anonymous author/artist.  Regardless of your beliefs, it can help to reconcile the complexities of this life and place them in a perspective which in good times or bad can help you appreciate that this too shall pass.